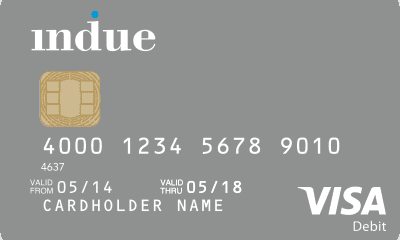 It's time in my view to scrap the cashless debit card as a failed social experiment.

The scheme quarantines 80 per cent of social security payments to a cashless card, which prevents spending on alcohol, illegal drugs and gambling products.

It's operated under a contract by private company Indue.

According to the Australian Government, the cashless debit card tests whether reducing the amount of cash available in a community will reduce the overall harm caused by welfare-fuelled alcohol, gambling and drug misuse.

"While it is not the only solution, it is a useful tool operating alongside other reforms to address the devastating impacts of drug and alcohol misuse and problem gambling," the Government's website says.

"The cashless debit card looks and operates like a regular bank card, except it cannot be used to buy alcohol or gambling products, some gift cards or to withdraw cash."

The idea is that people receiving welfare benefits will only be able to use that money on approved purchases, such as food and clothing, and not on poker machines or alcohol.

The arguments against include that it stigmatises people, violates their independence, fails to work in all circumstances, and doesn't fix the problem.

I don't have an issue with the concept. I think it's reasonable to put conditions on how people receiving benefits from the taxpayer (me) use their funds.

However, the cashless debit card has been in place for several years now and I see no evidence that it's successful.

The Government hasn't released the research they commissioned from the University of Adelaide. Nor have they said how much it costs to put each person on the card and keep them there.

A study by the University of South Australia and Monash University found the cashless debit card is having little impact on the problem behaviours it was designed to target.

ACOSS says the cashless debit card significantly restricts people’s freedoms without a sufficient evidence base to show that it works or is justified.

Why am I interested? The Government introduced a trial of the cashless debit card into Bundaberg and Hervey Bay. The boundaries of the trial are the Hinkler electorate of Nationals MP, Keith Pitt.

The Government is now proposing to make the trial permanent, but has not revealed any plans to extend it elsewhere.

One of the biggest advocates of the cashless debit card is mining magnate Andrew Forrest. I think he's genuine in wanting to address chronic social problems in Indigenous communities, but as we discovered with the Intervention, a big-stick approach doesn't work.

"The Intervention was directed at addressing the disproportionate levels of violence in Indigenous communities in the Northern Territory, as well as the systemic  disadvantage of Indigenous people, characterised by economic deprivation, unemployment, social marginalisation, inadequate housing and poor health and justice outcomes."

Why is Bundaberg (with Hervey Bay) the only non-Indigenous community to have the cashless debit card?

According to the Government it's because we have a high level of welfare dependency. That's true, but so do other areas. When Dan Tehan was the Minister for Social Services, I wondered why he didn't introduce this in Portland, in his electorate, which has similar challenges.

The Minister today is South Australian Senator, Anne Ruston. I wonder why she hasn't introduced it to the northern suburbs of Adelaide, where the social problems are much greater than Bundaberg?

I think the answer is they know it would be political death.

Introducing the card, in my opinion, was motivated by ideology and mateship. Andrew Forrest thinks it's a good idea. And former National Party president Larry Anthony was a director of Indue between 2005 and 2013.

The theory around Bundaberg is that Keith Pitt signed up for the scheme to advance his ministerial ambitions.

If the cashless debit card is such a good thing, why isn't the Government rolling it out across the whole of Australia and not just Bundaberg and Aboriginal communities?

Posted by Michael Gorey at 3:02 PM